His Coming. Christmas Devotional: The Heart

That first heartbeat–the beauty of the sound. The pure awe of it.

I often think about when I saw my grandchildren’s heart for the first time through miraculous ultrasound photos.  Before the skin layers and muscles were fully developed–before they born.  These beautiful grandchildren, no bigger than a thumb, and hearts beating strong. God’s love. God’s little miracles. In His image. Wonderfully and fearfully made…..

Psalm 139:14, I will praise thee; for I am fearfully and wonderfully made: marvellous are thy works; and that my soul knoweth right well. 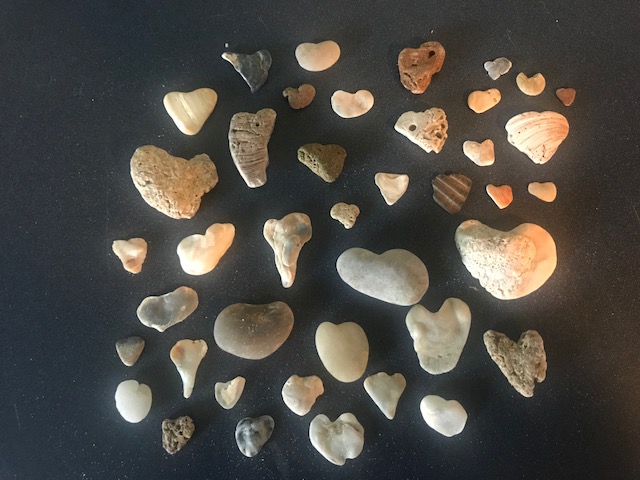 In the beginning God spoke, Let us make man in our image, after our likeness. Genesis 1:26

And it didn’t take long after God breathed life into the first man and woman that mankind broke His heart.

Genesis 5:6—And it repented the Lord that he had made man on the earth, and it grieved him at His heart.

But Noah found grace in the eyes of the Lord–Genesis 5:8.

And here’s this thing about the heart of God–He continues to give and forgive.

He was a ruddy boy who grew to be a man–far less than perfect.  And God sought his heart and he sought God.

As Samuel was searching for the next king he became confused because God had passed over seven of Jesse’s sons. Seven sons. And God kept saying no. And Samuel ask Jesse, do you have any more children? Only the youngest he said. He is tending the sheep.

1 Samuel 16:12a—Now he was ruddy, and withal of a beautiful countenance, and goodly to look at,

1 Samuel 16:7–But the Lord said unto Samuel, Look not on his countenance, or on the height of his stature; because I have refused him: for the Lord seeth not as man seeth; for man looketh on the outward appearance, and the Lord looketh on the heart.

A boy who grew to be the man after God’s own heart.

The man who would be named in the genealogy of Christ.

Matthew 1:1—The book of the generation of Jesus Christ, the son of David, the son of Abraham.

David, although he sinned and failed God many times, Paul tells us in the book of Acts, David was a man after God’s own heart. And the promise of God, His Son Jesus would come from David’s seed.

Acts 13:22-23—And when he had removed him, he raised up unto them David to be their king; to who also he gave testimony, and said, I have found David the son of Jesse, a man after mine own heart, which shall fulfil all my will. Of this man’s seed hath God according to his promise raised unto Israel a Savior, Jesus.

These hearts of ours. There are no perfect ones. Some broken. Some no longer whole. Some with scars. Some with bruises. Some with holes.  And still beating because of God’s mercy and His grace.

The greatest gift our hearts will ever receive is the giving away of our hearts to Jesus. Christmas is not about the gifts wrapped under the tree, bought in a store. It’s about the gift of the heart and knowing we too can be a man or woman after God’s own heart.

Unwavering, no doubt His mother Mary held baby Jesus close. She embraced the heart of God.

How to be a gift this Christmas

Be a man or woman, boy or girl after God’s own heart

All scripture referenced is from the KJV Bible